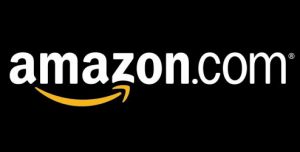 Despite thriving online sales, Amazon.com Inc. has not had a smooth adjustment to COVID-19 and its effects. As its employees struggle to remain healthy and safe, Amazon has been criticized by multiple organizations.  A great example of this points to a local warehouse, as the Occupational Safety and Health Administration (OSHA) has begun conducting an investigation into the handling of workers’ conditions at an Amazon, Inc. facility near Hazleton, Pennsylvania.

The Hazleton warehouse, which is often referred to as AVP1, has made national news for its willingness to raise concerns with working conditions.  The primary complaint coming out of the facility is a lack of preparedness to handle the virus. The grievances included workers’ access to Personal Protective Equipment (PPE), an inability to maintain social distancing guidelines, access to hand sanitizer, along with other disinfectants, and a lack of time allotted to be able to wash their hands.  Amazon, Inc. has strict production quotas, which have been lifted since news of the allegations surfaced.  In the first week of April, fear of infection grew so large, that employees were instructed not to touch shipments to or from AVP1 for 24 hours.

AVP1 is one of 10 such facilities like it in the United States, and one of many Amazon, Inc. facilities dealing with outbreaks of confirmed COVID-19 cases.  In Staten Island, NY, workers made national headlines by staging multiple protests in the last 30 days.  Amazon, Inc. has disputed many claims made by its employees, and has fired one of the employees that orchestrated the Staten Island protest that sparked a work stoppage.