It is with great pride that we announce that three of the attorneys at O’Connor Law have achieved the AV Preeminent Rating by Martindale-Hubbell again for 2018.

Congratulations to Michael J. O’Connor, and Paul Dufallo for this great achievement.

Martindale-Hubbell Peer Review Ratings have been ranking attorneys for over a century by looking to attorneys in the legal field to evaluate other practitioners on their legal ability and ethical standards. This peer review standard is considered by many to be the gold standard of ratings for attorneys.

A Dallas construction worker suffered a fatal accident while working on a third-story balcony of an apartment complex that lacked proper protection from his employers.

44-year-old Jorge Carrion Torres, who had been working on the job for a month at the time of the incident, was applying stucco to the unguarded balcony when he fell and was killed. Torres’s employers, Design Plastering Inc. and Design Plastering West LLC, were cited by The U.S. Department of Labor’s Occupational Safety and Health Administration for “eight egregious willful and four serious violations” on November 10 with fines estimated to be $407,400. Prior to this citation, Design Plastering had been cited with seven others also regarding fall-related dangers.

“When an employer fails to put up a guardrail or scaffolding, or doesn’t provide personal fall-arrest systems, anyone working at a height of six feet or more is defenseless against a fall. OSHA will not tolerate this kind of employer behavior,” said Assistant Secretary of Labor for Occupational Safety and Health Dr. David Michaels in a press release.

END_OF_DOCUMENT_TOKEN_TO_BE_REPLACED

Researchers have identified a new predictor that can be used to better help workers dealing with workplace injuries. Researchers conducted telephone interviews with injured workers in 8 states. These states are Indiana, Massachusetts, Michigan, Minnesota, North Carolina, Pennsylvania, Virginia, and Wisconsin. The workers interviewed were injured in 2010 and received workers’ compensation benefits and were then interviewed in 2013.

In their study, Predictors of Worker Outcomes, they have found fear of being fired to be an issue not previously addressed by payers and health care providers. Injured workers feel that after an injury there is a loss of trust between them and their employer. Workers feel that due to their injury their employer will start to look for a replacement because they don’t want to deal with them. They found that workers who were strongly concerned about being fired after the injury experienced poorer return-to-work outcomes than workers without those concerns. These concerns were also associated with a four week increase in the average time of disability. If this fear of being fired can be addressed then injured workers will be able to focus more energy on getting better without the stress of possibly being fired.

END_OF_DOCUMENT_TOKEN_TO_BE_REPLACED

The attorneys and staff of O’Connor Law wish you and your family a Happy Thanksgiving. 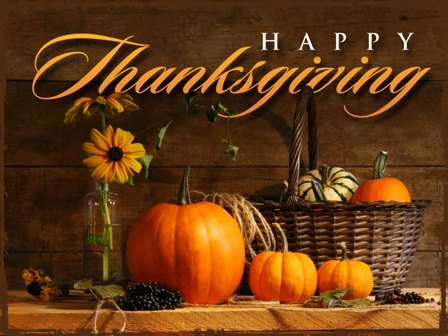 Thanksgiving is a time when we reflect and give thanks for the things we have. It often prompts us to think of others less fortunate. So our staff was proud to hear of the efforts of our marketing coordinator, Samantha Cody, and her aunt who are gathering donated items this holiday season to help families affected by domestic violence. But their efforts aren’t just helping those in need; it’s a way for their family to remember Sammi’s cousin, Dave Guzick, who died in March as a result of an accident involving a distracted driver.

Sammi and her aunt are collecting everyday necessities such as bathroom tissue, soap, and detergent and placing them into laundry baskets that will be donated to Schuylkill Women in Crisis (SWIC). SWIC is a non-profit organization that provides services to victims of domestic violence, here in Schuylkill County.

In an article on the RepublicanHerald.com, Sammi’s aunt said that since Christmas is a time for families to get together, they thought this would be a positive way to remember their nephew and cousin, who was only 24 when he died.

END_OF_DOCUMENT_TOKEN_TO_BE_REPLACED

The attorneys and staff of O’Connor Law would like to thank all of those who have served our country, especially any veterans who have died in combat. We owe them a debt that we can never repay. As anyone who has worked for the law offices of O’Connor Law will tell you, Halloween is one of our favorite holidays. Staff and attorneys go all out, to come up with creative and eye-catching costumes. And this year was no exception. 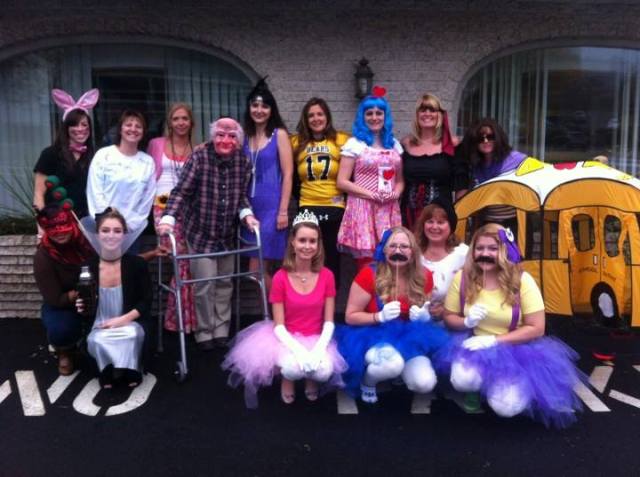 Office festivities included prizes for best costume. There were flappers and pirate girls, a bus and bus driver, and the devil with the blue dress on…complete with accompanying song. Winners included:

First place: a tie between Mario Brothers (including Princess Peach, Mario, and Wario) and Katy Perry

END_OF_DOCUMENT_TOKEN_TO_BE_REPLACED

In September, the Pennsylvania Department of Labor & Industry launched a new Workers’ Compensation Automation and Integration System (WCAIS) that was designed to create efficiencies in the process of filing a workers’ comp claim. Less than 2 months later, the new system is more of a headache for all involved.

According to an article on Philly.com, system glitches have plagued the new system, causing hundreds of workers’ comp cases to be in limbo statewide. In some cases, injured workers and their attorneys have not been able to get hearings, in other cases court paperwork has disappeared. Some have not been notified of the decisions on their cases. All involved in the workers’ comp process are feeling the side effects, including lawyers, judges, employers, and employees.

According to the article, State Rep. Brendan Boyle (D., Phila.) said he became aware of the problems last week. He said he would ask the state Auditor General’s Office this week to review the issues with the system.

END_OF_DOCUMENT_TOKEN_TO_BE_REPLACED The attorneys and staff of O’Connor Law had their pick of the litter last week when they announced that Jill Strunk of Pottsville and her Saint Bernard puppy, Boudreaux, were the winners of the “Cutest Pet Contest.” The content began in March when clients were asked to send a picture of their pets to the O’Connor Facebook page (www.facebook.com/mjoclaw). Pictures were posted on the Facebook page through May 1 and the picture of the pet that received the most “Likes” was named the winner. The prize was a brand new iPod Shuffle 2GB, an easy-to-use portable device for storing hundreds of songs.
Congratulations to Jill and Boudreaux! Who said you can’t teach an old dog new tricks?

Donate Life America is a non-profit alliance of national organizations across the U.S. with a mission to increase the number of designated organ, eye, and tissue donors in order to save and heal lives. They are encouraging the public to wear blue and green on this day, to bring attention to the need for organ and tissue donors.

According to DonorRecovery.org, more than 117,000 people are on organ transplant lists.