A Dallas construction worker suffered a fatal accident while working on a third-story balcony of an apartment complex that lacked proper protection from his employers.

44-year-old Jorge Carrion Torres, who had been working on the job for a month at the time of the incident, was applying stucco to the unguarded balcony when he fell and was killed. Torres’s employers, Design Plastering Inc. and Design Plastering West LLC, were cited by The U.S. Department of Labor’s Occupational Safety and Health Administration for “eight egregious willful and four serious violations” on November 10 with fines estimated to be $407,400. Prior to this citation, Design Plastering had been cited with seven others also regarding fall-related dangers.

“When an employer fails to put up a guardrail or scaffolding, or doesn’t provide personal fall-arrest systems, anyone working at a height of six feet or more is defenseless against a fall. OSHA will not tolerate this kind of employer behavior,” said Assistant Secretary of Labor for Occupational Safety and Health Dr. David Michaels in a press release.

Michaels added that a man lost his life completely unnecessarily thanks to a company’s disregard for OSHA’s safety requirements. Despite previous violations, Design Plastering continued their unlawful decisions.

An employer of roughly 90 employees, Design Plastering and Design Plastering West has 15 business days to pursue one of three options: submit to the consequences, appeal for an informal conference with OSHA’s area director, or fight the citations and penalties before the independent Occupational Safety and Health Review Commission. 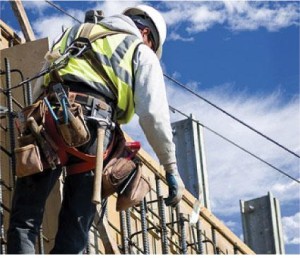