A breakthrough in wearable technology could lead to the improvement in workers’ quality of life as well as lower workers’ compensation claim costs.

Zack Craft, the vice president of Rehab Solutions and Complex Care Education at One Call Care Management, hopes that wearable technology will “help prevent workplace injury, keep routine injuries from migrating into more serious problems and improve the long term health status and independence of those who have serious injuries.”

Some features of the technology would include censoring the worker’s posture, monitoring the extent of their exercise and form, keeping track of whether or not equipment is being utilized properly, and even potentially allowing paralytics to walk again with the use of an exoskeleton awaiting FDA approval in 2016. The goal, Craft added, is for the wearable technology to help people evade re-injury or further complications. It also seeks to give back a significant amount of control to people who have already sustained severe injuries.

Next year at the annual RIMS Conference in San Diego, Craft will be presenting on this idea of wearable technology and all it can do to prevent injury and benefit those who have previously been injured. 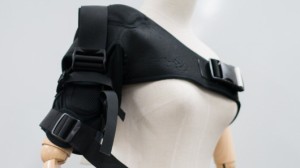