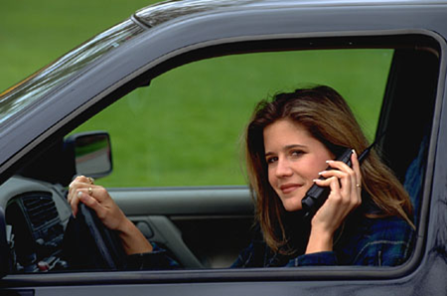 The next time you find yourself driving within the Philadelphia city limits, be sure to put down your cell phone. Beginning Nov. 1, Philadelphia police started enforcing a new ordinance which bans the use of hand-held cell phones while driving.

To educate citizens about the new ordinance, police will issue warnings through the month of November. But those warnings will turn into a $75 fine on Dec. 1 for those caught using hand-held phones while driving. That leaves Bluetooth users and those who use other hands-free devices in the clear.

“As long as you’re not holding a phone up to your ear, you’re OK,” said police spokesman Lt. Frank Vanore in an article in the Oct. 28 edition of the Philadelphia Daily News.

According to a December 2002 report by the Harvard Center for Risk Analysis, cell phone use was the cause of 6 percent of the auto accidents in the United States each year. Cell phone usage has become an increasing factor in lawsuits; even employers are being held responsible if a worker causes an accident while talking on the phone. It’s becoming clear that the distractions that a cell phone can cause while driving aren’t worth the risk to pedestrians, others on the road, as well as yourself.

If you or someone you know has been involved in an auto accident with a driver who was distracted by using a cell phone, you may have a case. Contact the attorney team at O’Connor Law for a free consultation.