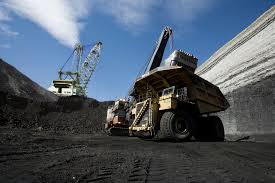 A 31-year-old western Pennsylvania man was killed in a mining accident after being crushed by a boulder. The victim, Jeremy Neice, had been working in the mines around Mt. Morris at 6 p.m. when the incident occurred.

All operations at the mines have been shut down since the accident, and both the Pennsylvania Department of Environmental Protection and Federal Mine Safety and Health Administration are leading the investigation.

The mine is operated by Dana Mining Company, and Neice’s death is the second within the last six months. 2015 ended with a total of 11 mining-related deaths, the safest in mining history, whereas 2016 has already seen three separate mining deaths within three weeks. A comparable year would be 2006, where fifteen miners were killed within a two-and-a-half-week span.

In response to such early fatalities, The U.S. Mine Safety and Health Administration is buckling down on their enforcement and education about mining safety. They are encouraging workers to take certain steps to prevent injury and death, such as noting any hazards prior to beginning work and never working on a moving conveyor belt.